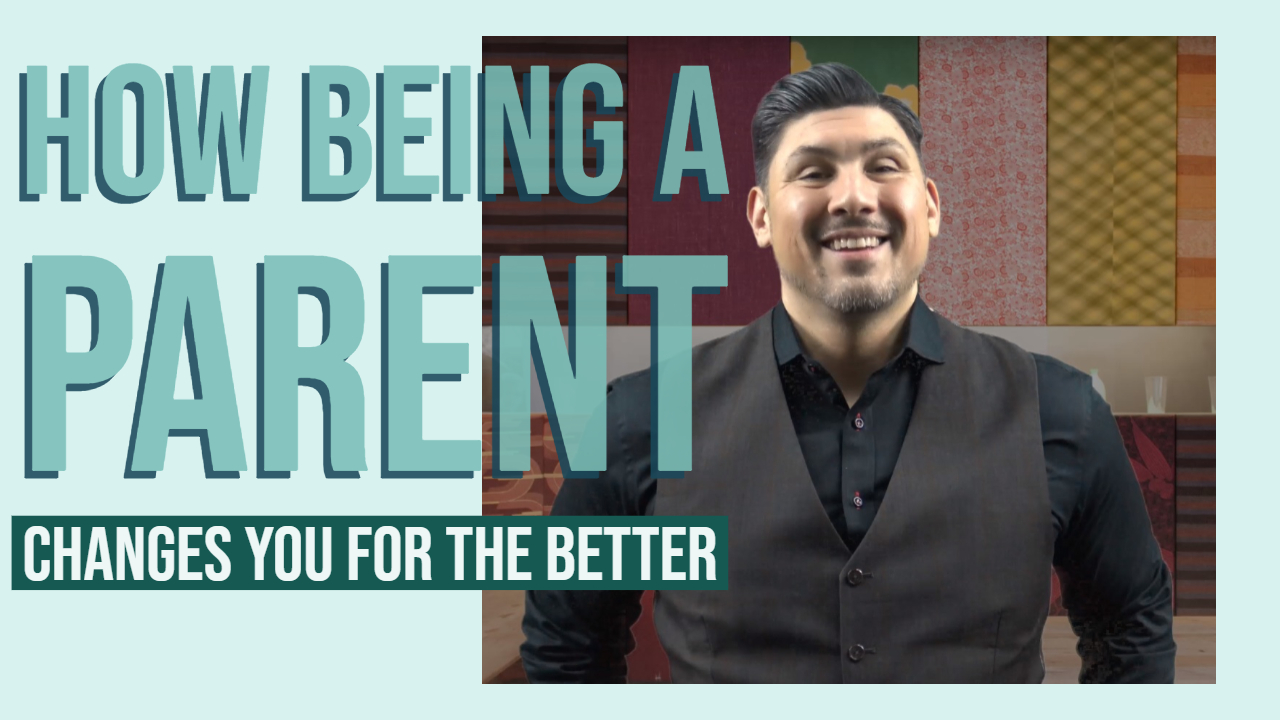 How Being a Parent Changes You For the Better

Okay moms’ and dads’ this message is for you. Stop telling your kids not to screw up! We’ve all done it. We’ve all told our kids not to screw up. We’ve all talked to them and said “Hey, don’t mess this up. Hey, make sure you get it right.” We’ve all used phrases something like that and I’m gonna share a real quick anecdote about a spider-man vinyl doll, my seven-year-old son maverick, and how me telling him not to screw up changed the way I act. So my wife and I have five children. Yes, they are all ours and I often say that I have become a better person and a better man and a better entrepreneur raising my five children and learning from a lot of the mistakes that I’ve made raising our children and me stumbling and fumbling and bumbling my way through being a good father, and recently I had an experience and it’s a short anecdote and I’m gonna share it with you where my son, my seven-year-old son maverick was into coloring these vinyl figurines.


They kind of look like the Pop characters and he found one of these spider-man Disney vinyl characters that came with markers and my wife purchased it for him and she brought it home and he started coloring it and started working on it. By the time he was done with his finished product he really didn’t like it so he had asked his mother if she could take him to the mall the following day and if she could buy him another one because he wanted to color a new one and he wanted it to look exactly how he had envisioned it, so the next day she took him to the Disney Store. She bought him his second vinyl spider-man character with markers and he started coloring him. Now, the second time around he wasn’t quite as successful either and I came home and I found him frustrated and I found him upset and distraught. He was very sad about the fact that the second time he had done it didn’t work out well either, so I said to him no problem when the weekend comes I’ll take you to the mall myself and we’ll go and we’ll get you another character.

So, we went to the mall that same weekend and we walked into the Disney Store and we found the vinyl characters and I remember handing him the box and giving him the box and looking at him and saying to him, “okay, this is going to be the last one that I buy you. I don’t want you to screw this one up. Don’t mess it up because I’m not gonna buy you another one.” And I saw all the excitement, all of the joy, all of that childhood enthusiasm melt away in seconds all because I said to him don’t screw this one up, and that’s where I realized that as a parent I was failing him.

Now, there’s gonna be some of you that are gonna argue well you know what “Paul, not all of us have all that money to be buying our children toys over and over and over again after they ruin them or after they break them,” and I get it you know point well-taken but here’s the thing you’re missing the message, and the message here was this that I was teaching him that it wasn’t okay to mess up. It wasn’t okay to screw up, and I realized that I had been doing this for a long time to my eldest son who plays basketball. I remember taking him to the park and him being enthused and him being excited and him looking forward to go play with me only within 10 to 15 minutes later of playing with me out on the blacktop being upset and discouraged because the entire time that I was there playing with him I was so busy and hell-bent on teaching him how to play basketball that I didn’t let him really enjoy the experience, so here’s my point and here’s the message that I want to hit home.

We have to make sure that we as parents let our children know that it’s okay to make mistakes, that you’re gonna make mistakes, and yes I think it’s also important for them to understand that we don’t have an unlimited supply of money. I think it’s important that we let them know that hey if you mess it up it’s okay. There’s nothing that you can do as a child that is so bad that we can’t recover from it, and I often tell my children and I say it all the time hey guys listen there’s nothing that you can do that would ever make me stop loving you or welcome you home. I’ll take you however I can get you and I make sure that my children hear that message over and over and over and over again, and despite the fact that I still make these mistakes and I still sometimes tell them hey don’t mess this up, hey don’t screw this up.

It’s important that I remind myself on a regular basis that my children know and understand that not everything is gonna work out the way we planned, and as adults we already know this we already know that the vast majority of our plans don’t necessarily work out the exact way that we plan them. Especially when we’re talking about our careers and success, and everybody thinks it’s a direct line to success when the reality is it’s more like a pinball machine where you’re constantly shot and jerked from one place to the other until you reach your destination, and I’ve said it before and I’ll say it again that the ones who have made it, the ones who succeed in whatever endeavor it is that they pursue are really just the ones that held on long enough in spite of all the screw-ups.

I just want to remind us all that when we’re raising our children, that when we’re working with our employees, that when we’re working with our business partners that we don’t portray the image that they can’t mess up and that all we expect is perfection. I want people around me who are willing to color outside the lines, who are willing to test those boundaries, who are willing to try new ideas that may or may not work because eventually some of those ideas will become successful because in spite of those screw-ups we keep moving forward. Listen, I look forward to hearing about your success. I look forward to hearing about your endeavor. Have a great day you guys! Talk to you soon.