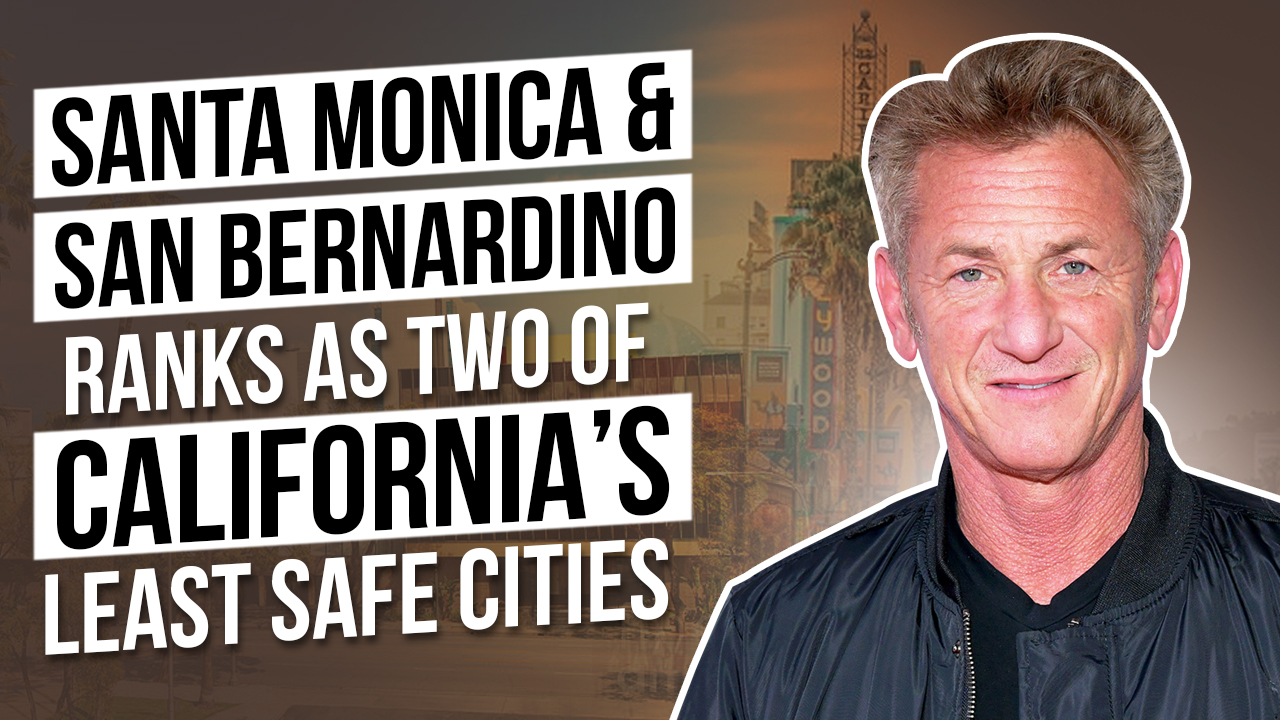 “Luckily for you, TTP Member, for today’s blog we will be talking about Santa Monica and San Bernardino, and why those two cities are known for being the most dangerous city in California.”

Santa Monica is one of the least safe cities in California, according to FBI crime statistics compiled and analyzed by Safewise, a website for safety advice. This report, along with reports for many other states, was released on March 8, 2022, and it uses data from cities and towns that reported violent and property crimes to the FBI to calculate crime rates per 1000 residents in each municipal area. 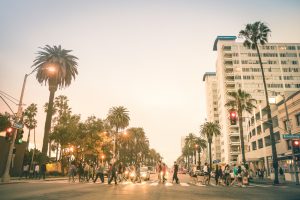 Danville, an unincorporated area in Contra Costa County with a population of 47,000 people, is at the top of the list as the safest city in the state. Per 1,000 people, they have an average of 0.5 violent crimes and 5.3 property crimes. With 437,923 residents, Oakland came in last on the list, with an average of 12.9 violent crimes and 51.65 property crimes per 1,000 people. According to the Safewise website, the terms ‘dangerous’ and ‘safest’ refer explicitly to crime rates as calculated from FBI crime data — no other characterization of any community is implied or intended. The ‘safest’ cities rankings are intended to highlight cities with low crime rates and spark discussion and action about how to make all cities and communities safer. Aggravated assault, murder, rape, and robbery are considered violent crimes in the report, while burglaries, larceny theft, and vehicle theft are considered property crimes. “Both violent and property crime numbers were weighted equally,” the website adds. As a result, a city with no reported violent crimes could fall further down the list due to a higher property crime rate, and vice versa.”

The Santa Monica Police Department has immediately replied to the story, stating that they do not place much trust in this new list of California’s ostensibly “safe communities.” The city of Santa Monica also claims that the crime data for the city is inaccurate, stating that Safewise failed to account for daily commuter and visitor figures, which have an impact on the bottom line. They also claim that violent and reportable crime figures in Santa Monica are declining. 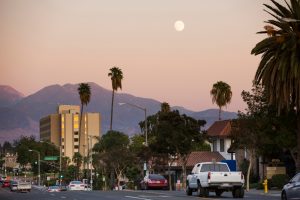 Compton (#225), Richmond (#225), Stockton (#227), San Bernardino (#229), and Oakland (#230) are the only other California cities with a higher rate. Other communities in Southern California were ranked lower on the list owing to property crimes. Beverly Hills (#204), Culver City (#220), West Hollywood (#212), and Los Angeles (#200) are only a few of them. Danville, an unincorporated territory in Contra Costa County in Northern California, is the safest city in the state. Danville, which has a population of 47,000 people, has an average of 0.5 violent crimes and 5.3 property crimes per 1,000 inhabitants, according to the report.

While the SMPD is pleased that the overall numbers of reported crimes are down, the city and police department remain vigilant and are working hard day-in and day-out to address the crime that occurs in their community. SMPD’s Community Affairs team continues to attend neighborhood and business district meetings, host events like coffee with a cop, and work to educate their community members about crime that is occurring in Santa Monica. Their focus and attention to issues of crime and community safety is unwavering.

Safewise have a data disclaimer, they said that it has come to their attention that, on occasion, data may be skewed by outlying factors such as large commuter populations, college campuses, and incarcerated populations. In those cases, crime rates calculated based solely on crime reports and population numbers may not give an accurate representation of a particular community. They appreciate these nuances and are considering their potential impact on future reports.

In response to the Safewise report, the City of Santa Monica sent the following statement to FOX 11 “Santa Monica is more than a community of approximately 93,000 residents and there are significant factors that make our city unique. With an average daily population of 250,000 visitors throughout the day and during peak seasons, Santa Monica serves as a jobs center and a hub for state, national and international tourism which  attracts millions of visitors each year. To provide an accurate depiction of crime in the city, it is necessary to look at its average daily population of  250,000, not 95,000, as that provides a more accurate depiction of crime in the city.  The Santa Monica Police Department (SMPD) did reach out to Safewise to determine the source of their metrics.  In their discussions, Safewise indicated that they do not take into consideration the daily commuter and tourism metrics and agree it does impact the overall impressions to crime. 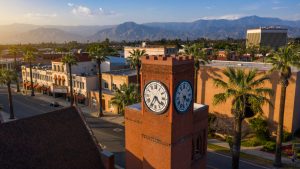 While the SMPD is pleased that the overall numbers of reported crimes are down, the city and police department remain vigilant and are working hard day-in and day-out to address the crime that occurs in our community. SMPD’s Community Affairs team continues to attend neighborhood and business district meetings, host events like coffee with a cop, and work to educate our community members about crime that is occurring in Santa Monica. Our focus and attention to issues of crime and community safety is unwavering. Also, here is a link to our city’s crime statistics.  Once on the webpage you can also click on the summary link to get a five-year history.”

Is San Bernardino safe to visit? California conjures up images of tanned, laid-back beach people in the minds of those who have never visited. However, fifty miles inland, the landscape transforms. San Bernardino, located not far from glitzy Los Angeles and gorgeous Laguna Beach, is better renowned for its crime figures than for its fun and sun. It is one of the most dangerous cities in the country.

San Bernardino is not a safe city, according to statistics. It had a crime rate of 1,156.85 per 100,000 people in 2021, over three times the national average. It is the second most hazardous city in California and the 17th most dangerous city in the United States due to its high crime rate. In San Bernardino, a person has a 1 in 86 risk of being a victim of a violent crime, compared to a 1 in 227 probability in the entire state of California. In addition, the city has a significantly higher rate of burglary, rape, robbery, and theft per 100,000 people than the rest of the United States.

What cities should you avoid the most? The city center is the most dangerous area. This includes Feldheym, Stadium West, East Valley, Carousel, International, Little West, Valley View, Colton, Lankershim and Warm Springs, Perris Hill Parts of Rialto, Highland, and Redlands can also be dicey.

So, is downtown San Bernardino safe? Downtown San Bernardino is located right above the city’s core. It’s solidly orange on the Crime Grade map, with some darker areas than others. It’s hardly out of the water, as it’s bordered by Feldheym and Perris Hill. Things aren’t much better to the north and west. To put it bluntly, Downtown is as awful as the rest of the city.

What are the safest neighborhoods in San Bernardino? As with many places, the safest area is further out from the center in the less urban areas. The top ranking is Arrowhead Springs, Rim Forest, Devore Heights, and Cajon (Junction). In fact, these three are well outside the city center, mostly nestled along the San Bernardino National Forest. The safest rated neighborhood closest to the city center is Patton in the northeast, the Pacific, according to one crime map. Another has Victoria (North Loma Linda and Riverview) in the green – just about the only green patch near the city center.

What do residents say about San Bernardino? About the nice parts of San Bernardino? They said that most of San Bernardino should be avoided. They say that as someone who was born and raised there. The only nice area in San Bernardino is around CSUSB, the rest of the place is either sketchy or completely bombed out. If you stay near the interchange of the 215 and the 10 it’s not so bad. No seriously, when they say near, they mean no more than a mile or so. Past that they take no responsibility. San Bernardino is the ghetto-ist place they’ve been. There’s just an overall depressing vibe about it, everything and most people are sketchy there. They went to Jack-in-the-Box for a quick road snack, and they wanted to jump back in the car asap.

Are you thinking about moving to San Bernardino? There are a lot of really bad parts of San Bernardino. If we were you, we would live in Redlands or Riverside or some other town that’s close by! Is it safe at night? A point made by several residents reviewing San Bernardino is that they don’t go out at night. Many don’t feel safe and prefer to stay home. Without knowing which neighborhood they live in, it’s hard to determine if this is just one specific area or if it’s a more widespread concern across the city. 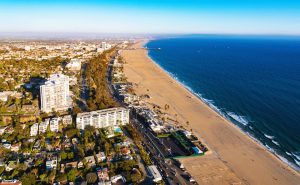 Is it safe for a woman traveling alone? We imagine that if something brought you to San Bernardino for a visit, it’d be something important. Based on the crime stats and the city’s own residents’ reviews, it doesn’t seem like San Bernardino would be a pampering vacation. Therefore, if you need to go, we wouldn’t stop you, just advise caution. The best bet seems to be at night, making sure you’ve gotten back to your accommodation with plenty of time to unwind in the safety of your hotel room or Airbnb. If you can, avoid the dangerous neighborhoods listed. If it’s unavoidable, we’d advise letting a friend or family member know your plans for the day – where you’re going and when you plan to be back. If you’re staying at a hotel, you could even talk to the front desk to know when to expect you back. It’d give you more peace of mind, too, if you text friends or family what you’re doing throughout the day. Send them pictures or comments on what you see and do. It can relax you, being in touch with familiar people.

Here are the safety tips for you to remember when you visit San Bernardino. Lock your car. Property crime is high, and you don’t want to be an easy target. This goes for your accommodation, too! Don’t go out at night if you can avoid it. If you must, try to go with someone you know. Don’t wander in unfamiliar areas. San Bernardino isn’t quite the get-lost-for-fun city.

The state motto of California may be Eureka, but the only thing you’ll find between San Bernardino and Santa Monica is a city in search of love. Although crime rates fluctuate, they remain high. There are plenty of better places to be, residents and visitors alike agree, and good intentions will only last so long. We hope that California finds a way to show some love to this community, since many citizens question where their tax funds go. An improved quality of life for its citizens is crucial, but it will also help attract more visitors. Hopefully, San Bernardino and Santa Monica will be able to lower their crime rates in the future.

That’s it for this blog TTP Member, remember to subscribe to our channel and if you feel like we’ve delivered value please share this blog with ONE person. That’s right just one person as a token of your appreciation for the hard work we put into making content that educates and helps you on your mission of building your own fortune.  Remember you can watch blog after blog, but it isn’t until you actually take action that you’ll start to see results.  See you soon!